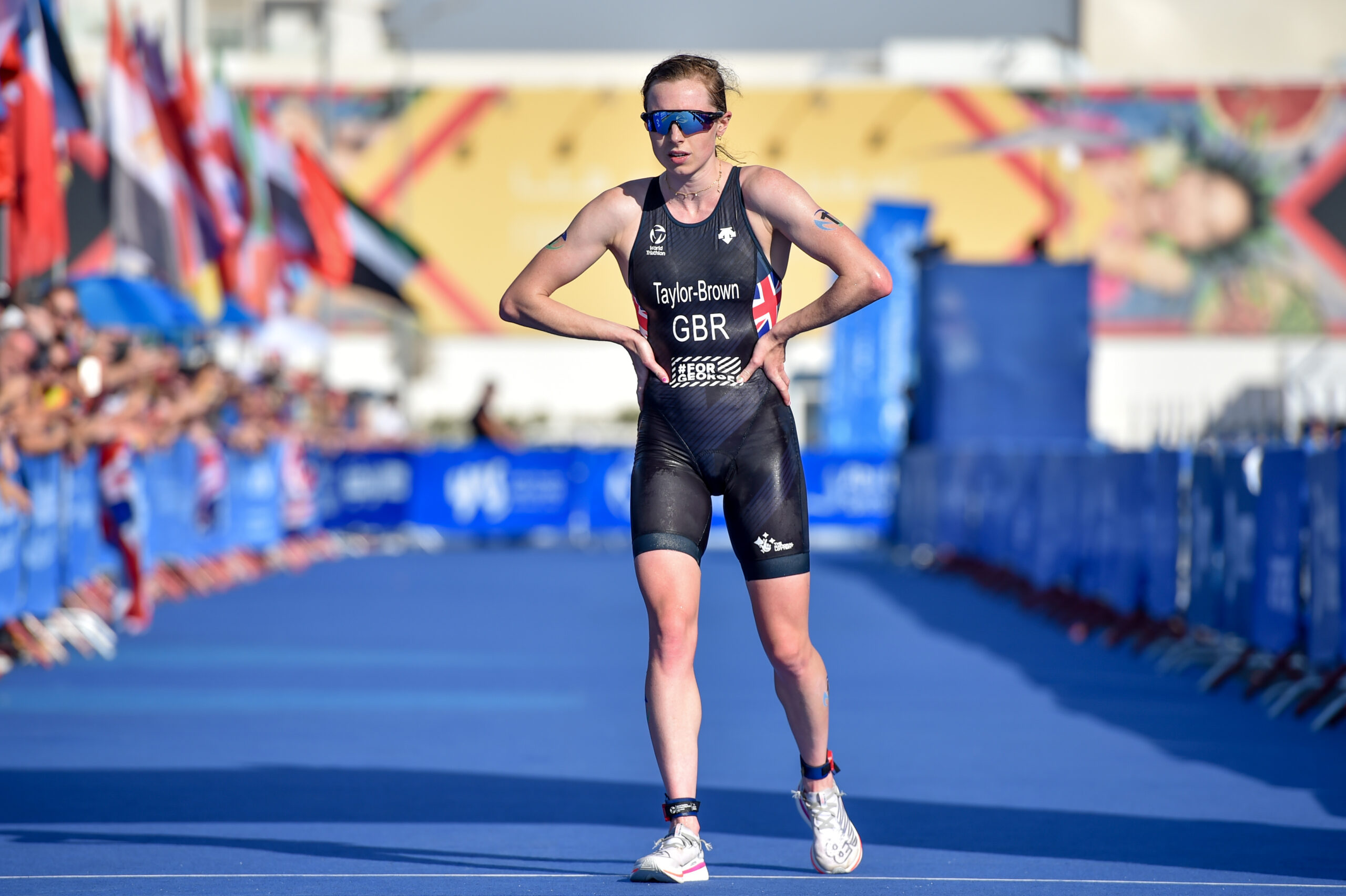 The Olympic silver and gold medalist and 2020 world champion from Great Britain raced shoulder-to-shoulder with Flora Duffy, with whom she was in a dead heat for the top spot in the world rankings and the world title. After emerging from the 1.5-kilometre swim in 5th place, she stayed in the lead group on the 40-kilometre bike ride steering clear of bike crashes behind them whittling down the podium contenders to the three athletes who would eventually be on it. The 10-kilometre run decided not only who would win the race but also the series, with Taylor-Brown crossing the finish line one minute down to earn the runner-up position.

She said post-race, “It’s just been a hard few months personally and I’ve just tried to put everything in a box and forget about it all and concentrate on the race. I’m really proud of myself for putting myself out there today and just emptying everything and doing what I could… We were just battling it out to the end and I wouldn’t have it any other way and I don’t think she would.”

Cassandre Beaugrand finished in 10th for a year-end rank of 5th in the world.

In the men’s race, Vincent Luis took 7th place on the day after logging the second-fastest swim and riding strong in the lead pack. This takes him up two spots to the #5 world ranking.

On Luis’ heels, Kristian Blummenfelt rode and ran through the field to finish in 8th; while he ends the year ranked 29th in the WTCS due to his focus on long-course racing that saw him win the Ironman and Ironman 70.3 World Championship in St. George as well as record a sub-7 hour time over the full distance of triathlon, he is fast regaining that explosivity that he will need in his Paris Olympic campaign.

Henri Schoeman returned to WTCS racing with an 11th place finish; after a year battling injuries he will be happy to be back on the board. Finally, Tyler Mislawchuk stopped the clock in 35th.

With the prize purse awarded up to 25th place and series bonuses paid down to 50th place, the Bahrain Victorious 13 athletes all finished in the money. Taylor-Brown takes home $22,000 in prize money for her race performance, as well as a $55,000 bonus for her second-place series finish.

Looking forward to this coming weekend, Vincent Luis will be swapping his road bike for a time trial bike to compete over the middle distance for the first time this year at Clash Daytona. After first racing on this course in 2020 and finishing 8th, he is looking to sharpen his long-course skills and shape up for his prime target: the Ironman 70.3 Middle East Championship Bahrain on 9 December.