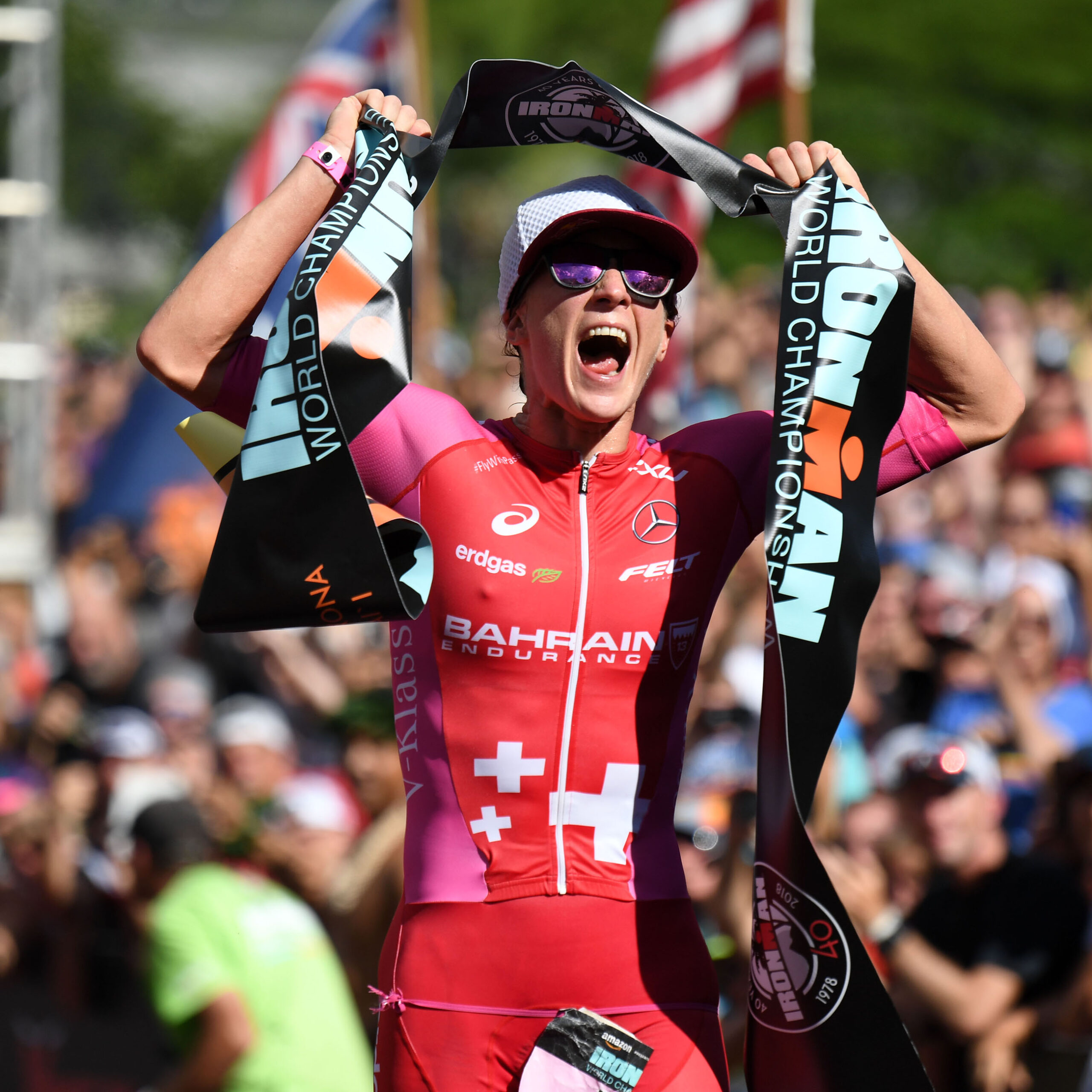 Daniela Ryf has claimed her fourth consecutive Ironman World Championship title in Kailua-Kona, Hawaii today. Her time of 8:26:16 — inclusive of a new bike course record — has toppled the world championship course record she had set in 2016, and also set a new Ironman world record.

The Swiss broke the Hawaii course record by 20 minutes and surpassed Chrissie Wellington’s finish at Ironman South Africa by 17 minutes to become the world’s fastest woman in an Ironman race. She has now also equalled Wellington’s four wins in Kona, with only two other athletes having won more times (fellow Swiss Natascha Badmann has five, and Paula Newby-Fraser has eight).

While wind and cloud conditions set the stage for record-breaking times on the day, it did not account for the ocean wildlife. Ryf suffered jellyfish stings under her arms moments from the gunstart. In what she called the hardest 3.8-kilometer swim she had ever done, she emerged in 57:26, 10 minutes down from swim leader Lucy Charles of Great Britain. Composing herself after a frustrating swim, Ryf steadily crept up the ranks before overtaking Charles in the last 50 kilometers of the 180-kilometer bike course. This 4:26:07 ride broke the previous bike course record by nearly 20 minutes.

Getting out onto the marathon, Ryf ran it in 2:57:05, going under three hours in Kona for the first time. With this, she grew her lead from just under two minutes to over 10 minutes by the time she broke the tape.

“I thought I’m going to quit, and I thought, ‘No I can’t because I’m the champion and there’s going to be kids out there. They’re going to be so disappointed,’” Ryf said at the finish line. “You can’t give up. You never know. I can’t believe it. It’s just so unbelievable that this is possible.

“I thought about my teammate [Brent McMahon] who got stung by a jellyfish [last year]. He did the swim and I was like, ‘I can do it,’” she added. “It’s a long day and I just hoped my pain would go away, and it did go away a little bit eventually. I’m really speechless today.”

Meanwhile, Javier Gomez finished as the highest-ranking rookie in 11th place on his Kona debut. After emerging from the water among the lead swimmers, the Spaniard stayed in the mix on the bike chase group after a cluster of uberbikers broke away. He was riding with eventual winner Patrick Lange when he suffered a mechanical failure, losing time riding into transition. He made a valiant effort on the marathon, running up into sixth place in the early stages heading to the marathon halfway point at the Energy Lab, where many rookies before him had also faded in their first attempts to master this brutal race.

Gomez said, “Definitely not what I was hoping for, so quite disappointed. A short and simple analysis of the race: I rode harder than I should, to keep up with the group I was in and paid it on the run… big time! I want to thank everyone for the amazing support, sorry I couldn’t do a better race… Lots of things learnt, at least. Will keep working hard to do it better next time.”

David Plese finished in 21st, but Brent McMahon succumbed to an ITB issue in the run after struggling most of the day, in what was the fastest Ironman World Championship race in history. Meanwhile, team captain His Highness Shaikh Nasser Bin Hamad Al Khalifa finished in 9:19:10, first in the executive division.