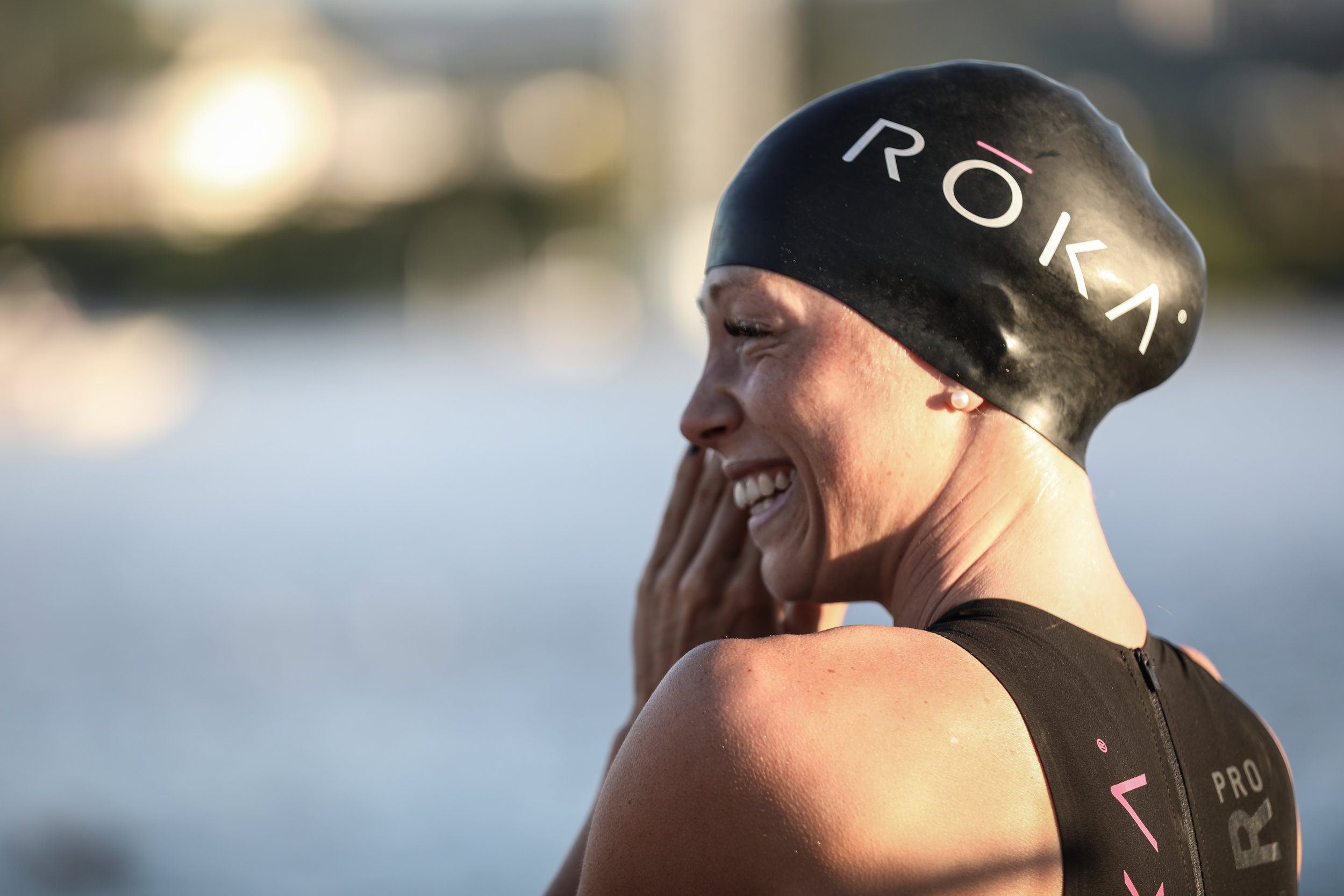 Holly Lawrence claimed a wire-to-wire win in course record time at the Ironman 70.3 Asia Pacific Championship in Danang, Vietnam this weekend. After exiting the 1.9-kilometer swim in 23:14 with an 89-second lead, the British athlete and 2017 Ironman 70.3 world champion averaged 40 kilometers per hour on the 90-kilometer bike course, riding a 2:12:31 split to increase the margin to over six minutes going into the concluding half-marathon. A run time of 1:25:24 gave her a comfortable win, with an overall time of 4:04:41 marking a new course record.

Bahrain Endurance 13 teammate Terenzo Bozzone was fifth out of the swim and in good position to fight for the title in a field stacked with fellow world champions. Unfortunately, a flat tire at the 60-kilometer mark on the bike course meant a 16th-place finish for the Kiwi.

Also racing in Asia this weekend, Ben Kanute claimed a silver medal with a finish-line sprint at the Chengdu ITU World Cup in China.

The American claimed an automatic qualifying spot in his heat, then outran Alexis Lepage of Canada in a photo finish during the final.

He said, “After coming through the automatics yesterday, I just wanted to come back today and give it my all. I love this distance, I love racing stuff like this.

“The swim was super fast and we had a good group working together on the bike that really shared the work which let us create a gap to the main field and on the run I wasn’t sure how my legs would turn up and then ended up being okay. I’m happy with a silver medal on the podium and great support to go along with it.”