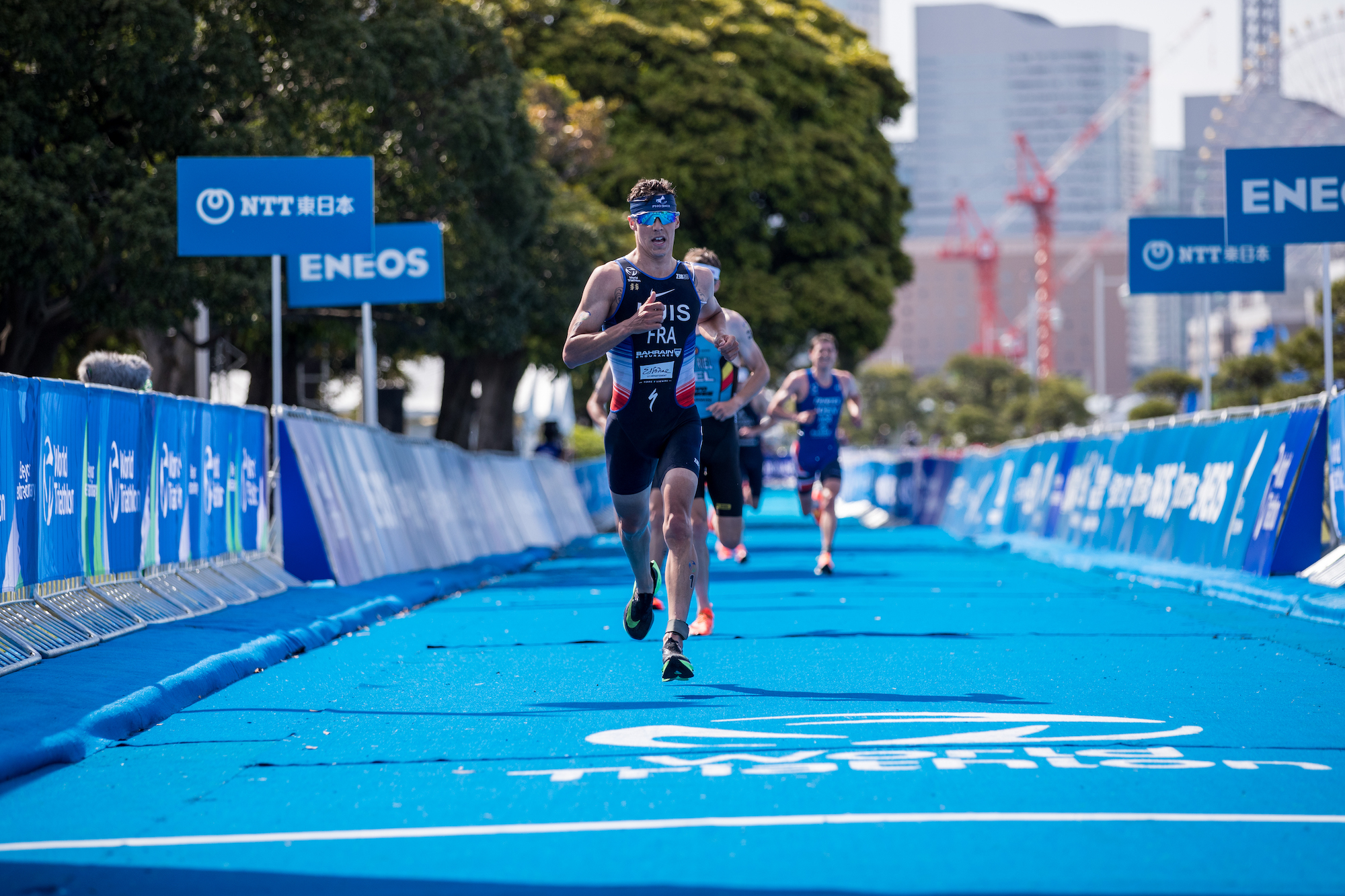 While Luis took the lead out of the swim, Brownlee was right on his heels. The Frenchman and the Englishman alongside Luis’ countryman Pierre Le Corre broke away from the rest of the field on the bike to establish a lead of about half a minute getting onto the run. It was then the real battle ensued between Luis and Brownlee as they ran neck-and-neck with Luis controlling the pace. As they neared the finish, Luis broke into the sprint that has given him the win in four out of four World Triathlon races this year.

Behind them, Jelle Geens of Belgium pipped Le Corre across the line in another sprint finish.

“Four races so far and four wins and this one was the hardest I have to say,” said Luis. “Alistair was pretty strong. He was the strongest of us in the front. I just managed to tactically get him but he could have won this race I think. A few more races under his belt, he could have won for sure.

“It was a pretty hard ride and that is what Alistair wanted: to make it hard for us so we run a bit slower. On the run, I just took the lead and tried not to think. I knew Jelle was really close and I just ran all out for the run.”

Brownlee crossed the finish line a mere three seconds after Luis, showcasing his great form as he campaigns for Tokyo selection. He said, “I feel like I am in my second career at the moment and I am just doing it because I enjoy doing it. It’s been a long project; two years ago I was pretty close to retiring to be honest. Slowly but surely I have picked my races, got fitter and enjoyed it more. Today I was back racing with the best in the world again.

“I think if I had another race in a few weeks’ time I would be really close. I’ve just got to keep the consistency through the next few months and hopefully I can come out next year and be even a little bit better.

While Kristian Blummenfelt had helped keep the pace high in the chase pack alongside his fellow Norwegians, he was unable to finish after experiencing some issues on the run.

As the World Triathlon season wraps up, Luis, Brownlee, and Blummenfelt are set to race the Professional Triathletes Organisation Championship at Challenge Daytona next month. This will be Luis’ debut over the half distance.

Meanwhile, David Plese salvaged his Ironman Florida race, finishing in 9th place after missing a turn on the run course. He said, “Great swim with the front pack. Actually enjoyed the swim the most out of all today. On the bike I was fighting to get greater rhythm. Struggling on the bike I was sure I’ll run better. And so I did ‘til 10K. Then I missed [the] running course… I did 2.5 kilometers extra and top 5 was gone.

“Congrats to all my competitors today, great seeing and racing you again! In all, happy to race again. Challenging times, big effort made from organiser to make this all happen.”