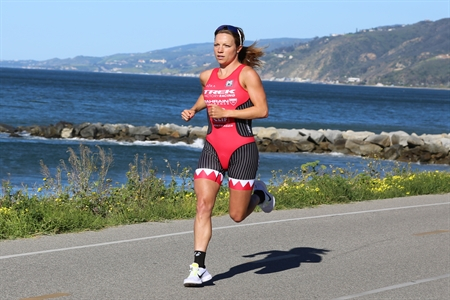 Four Bahrain Endurance athletes will toe the starting line at Ironman 70.3 St. George this weekend. The race being the North American pro championship, Alistair Brownlee, Brent McMahon, and Ben Hoffman face off against the men’s field while Holly Lawrence returns to improve on her performance among the women.

Lawrence is tipped as one of the pre-race favorites. The reigning Ironman 70.3 world champion recorded a breakthrough second-place performance here last year and has since gone from strength to strength.

While Brownlee won his debut half distance two weeks ago, the field he faces is highly competitive and experienced over this distance and course. Still, the rolling hills and signature climb of St. George’s bike course are right up his alley.

McMahon is set for his first race since Super League Hamilton Island and is glad to do so where he previously won in 2015. “After a break due to thumb surgery, I’m glad to be back racing at one of my favourite races in the world,” he says. “I’ve raced every year here since Ironman changed the race to a 70.3 so I’m happy to not ruin my streak. I’m keen to get back on the top spot here again.”

Hoffman raced St. George last year four weeks after championship victory at Ironman South Africa. With longer lead time into this race, he will have shaken off the fatigue from his South Africa title defense and will be ready to give his all. “I haven’t missed a single event here since they started back in 2010, and I absolutely love racing on this challenging and scenic circuit,” he said. “This year will be one of the hardest on record with a red hot field assembled, but I will give everything on the day.”