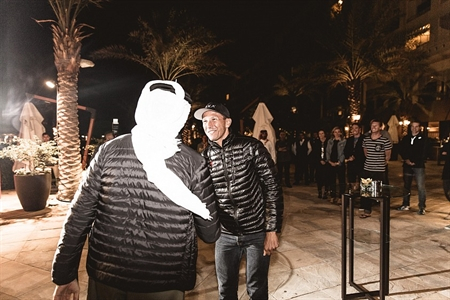 After much anticipation the members of the Bahrain Endurance Team have been officially announced today.

Olympic gold medalist Jan Frodeno is now dominating long-distance racing on the world stage and is passionate about the vision of this team.

Frodeno, who is in Mallorca on training camp, states, “Shaikh Nasser’s commitment to endurance sport is absolutely contagious. Being an athlete himself, he has an understanding of what the sport but also we as athletes of Bahrain Endurance need: a relentless pursuit of excellence, no compromises, combined with a passion for winning!”

Frodeno eagerly awaits racing with some of the world’s best on the team and believes Shaikh Nasser’s support will be returned with great performances and direct benefits to sport development. He also looks forward to supporting the sporting youth of Bahrain in a direct way. “Nelson Mandela once said, ‘Sport has the power to change the world.’ With a percentage of our winnings flowing into sport development in Bahrain, there is more to this team than first appears.”

Ironman 70.3 World Champion Daniela Ryf raced alongside His Highness in Mallorca. She shares her thoughts on why she chose to be part of the team and her commitment to the cause.

“I support the vision of Shaikh Nasser to show the world the greatness of the sport of triathlon, and that it is a sport where everyone can pursue fitness and reach your personal best. I’m honoured to be part of the Bahrain Endurance 13 with such amazing and inspiring athletes,” says Ryf.