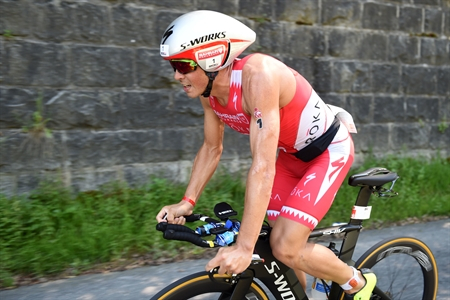 Javier Gomez is poised on the edge of immortality as he lines up in Chicago this weekend to become the first athlete to claim a fifth ITU World Championship title, his seventh in total.

The Spaniard will race over the Olympic distance and must finish on the podium to cement the top spot on the points ranking system and claim the championship. He goes up against closest-ranked competitors such as compatriot Mario Mola and France’s Vincent Luis.

The current world #1, Gomez also holds the distinction of having won both the closest finish (two seconds ahead of Alistair Brownlee in Yokohama) and the largest margin of victory (45 seconds lead in Stockholm) in this year’s WTS races.

Meanwhile, Jodie Swallow, Fredrik Croneborg, and Caroline Steffen are set for one final hit out this weekend to tune up for the Ironman World Championship.

Swallow will toe the starting line at Ironman 70.3 Lanzarote. The 2014 Kona second runner-up knows the island quite well from past training camps at Club La Santa, the venue for the race. “I’m excited to hit a race three weeks out from Kona that is so close to my Spanish home of Girona,” she says. “I’m very pleased with the block I have put together. Although it’s all about preparation, it won’t hurt to factor in some race pressure.”

After a third-place finish at Ironman 70.3 Bintan last month, Croneborg looks forward to his tune-up race at Ironman 70.3 Incheon in Korea. He says, “I wanted to do a race before Kona, and Korea fit in nicely. Hope to have another podium and see improvement on my run from last race in Bintan.” The Swede has been training hard at his base in Thailand and is set to make his maiden appearance in Kona.

Steffen is set to fly to Hawaii for her final preparations, but will stop over in China first for the Beijing International Triathlon. “Looks like it’s gonna be a tough race and some fun on the run course, which includes 602 steps,” she says. After last weekend’s win at Ironman 70.3 Sunshine Coast, she looks forward to the short-course action. She adds, “Great opportunity for some speed work before IM Kona.” Fellow Bahrain Endurance athlete Josh Amberger will join her on the starting line.