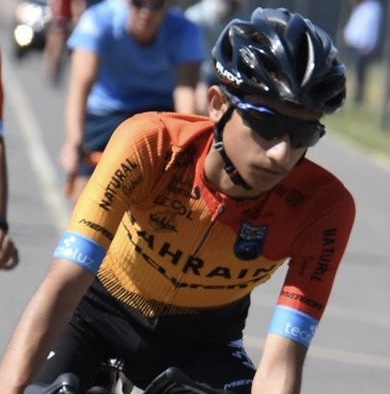 Through the Bahrain Victorious 13 team’s recommendation, Bahraini junior triathlete Abdulrahman Alhasan has been invited as one of only 21 high-performing youth athletes and the first one from the Gulf region to attend the Pho3nix Futures Camp in Poznan, Poland from the 23rd to 28th August 2022. The six-day all-expenses paid camp aims to equip participants with valuable insight into what it takes to be a professional athlete and achieve success in their chosen field, with mentoring from Olympic and world champions as well as leaders in the business of sport.

Sixteen-year-old Alhasan is one of the top youth athletes identified and developed by the Bahrain Triathlon Association. He started in athletics five years ago, participating in local and regional competitions. He has won the U16 sprint category at the World Triathlon Championship Series Abu Dhabi, placed third in the U15 category at the Asian Sprint Duathlon Championship, and ranked third at the Arab Cross-Country Championship. He has attended several training camps, including a development camp in Manama in 2021 and the Asia Triathlon Training Camp in Kazakhstan in July 2022.

The Pho3nix Futures Camp is a major opportunity to help him on the pathway toward becoming an even better athlete. But more than that, what he learns there he can bring back home and pass on to his fellow young Bahrainis on the national squad. “My ambition is to get better and better and always challenge myself to never settle for mediocre,” says Alhasan.

Bahrain Victorious 13 CEO Chris McCormack says, “The Bahrain Victorious 13 team pursues excellence and success on the world’s biggest stage, but returns to Bahrain each year to work with the youth,schools and sports clubs in Bahrain to ensure that culture of success is passed on to a new generation of sports stars. We are proud to see young athletes like Abdulrahman Alhasan gain access to these opportunities to improve his craft. Our long-term aim is that one day the Bahrain Victorious 13 is spearheaded by young Bahrainis like him.”