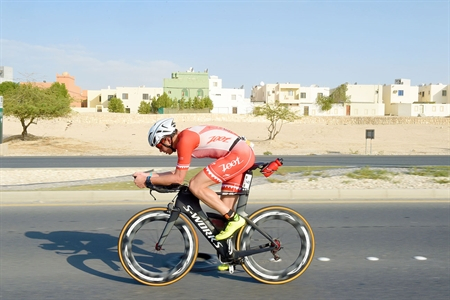 Ben Hoffman secured a hard-fought fourth place at Ironman 70.3 Coeur d’Alene. Sixth out of the water, the American put his head down and toughed through the mountainous high-altitude cycling course that had made its Ironman version infamous. He then proceeded to record the day’s second-fastest half-marathon to finish in 4:01:24.

He said, “Nothing special today for 4th, but glad to get back out there and battle again. Love racing in Coeur d’Alene! Congrats to everyone who raced and a tremendous thanks to all my supporters and sponsors. Back to work!

Meanwhile, Sara Gross made a successful return to racing, placing second at the Saskatoon 5150. The Canadian logged a 23-minute swim over 1500 meters before dashing off a 1:19:52 40-kilometer bike split and running a 40-minute 10K off the bike.

The point-to-point race from Pike Lake to downtown River Landing in Saskatchewan hosted a showdown between the male and female pros, with the women starting before the men trying to hold them off. Gross’s training partner James Cook wound up taking the overall men’s title.

She said, “First race back for me, first win for this guy. Success!”