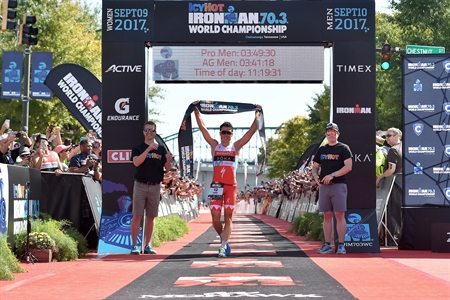 What a performance from Javier Gomez at the ITU World Championship Grand Final in Rotterdam. Just a week after winning the Ironman 70.3 World Championship he finished a gutsy fourth, just running out of legs in the final kilometre of the run. His fourth place secured enough points to guarantee his place in the rankings to be named second overall in the season and the runner-up world champion.