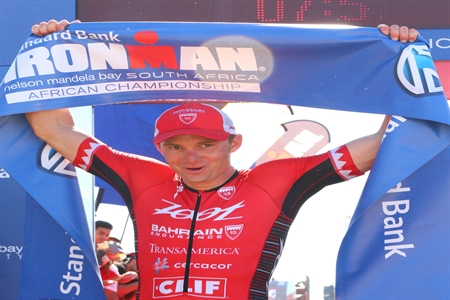 Hoffman after treble in South Africa; Brownlee back in China

Ben Hoffman is set to defend his Ironman African Championship crown in Port Elizabeth this weekend in a highly competitive field that includes past champions and podium finishers.

The American first won the South Africa race in 2016 and successfully defended the title last year. Should he win again, he will be the first man to win three consecutive times and only the second man to win the title thrice since Raynard Tissink accomplished the feat in 2011.

Hoffman says, “My expectations are to leave everything on course and execute my best day, no matter the competition or conditions. Of course I would love to win, but as with every Ironman, the number one goal is finishing, which will tick the box for Kona this October.”

Having raced the Cape Epic multi-day mountain bike race a few weeks ago for the Ironman Foundation, Hoffman has had a challenging lead-up into the Ironman. “Recovery from the Epic has been a little bit of a rollercoaster, with some initial fatigue and lingering stomach issues, and a couple small niggles. Overall I think I gained some valuable racing experience and toughness from the event. One thing is for sure, I learned about a new level of suffering during the Epic, so I am hoping it plays to my benefit on Sunday.

“As always, I will give everything I have on the day to defend the title and get the absolute best out of myself. The energy and beauty of the race in Port Elizabeth is truly special, and I know it will help carry me through the challenging moments. I’m not sure if the course actually ‘suits’ me that well on paper, but I always seem to find an extra gear when I get on the run here.”

Brownlee says, “After some fast and furious racing on the Gold Coast, I’m looking forward to racing over the middle distance in Liuzhou. I’m swimming and riding as well as I ever have, but we’ll have to see how my running legs hold up over 21km.”