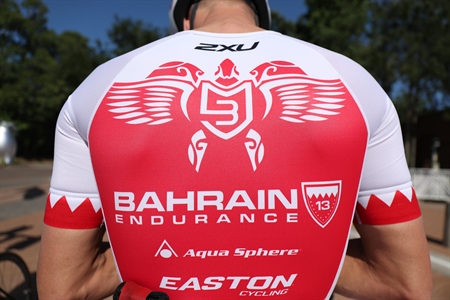 Who knew there are box jellyfish in Kona?

Brent McMahon knows, courtesy of a nasty sting in the swim that ended his 2017 World Championship challenge. That setback preceded a period of undulating fortune for Brent as he salvaged good results amongst disappointments through the winter. Second at Ironman Arizona in November, provided both some compensation for the October DNF and rescued a result from the work left on the bike course in Kona. Two weeks on, a trip to Asia, and another visit to hospital. This time, suffering dehydration at Ironman 70.3 Thailand. That silver sandwich on hospital bread saw McMahon end his season deserving of a break and equally, some good luck.

2018 has been a steady year for Brent. Results began gingerly with a lacklustre 10th place in the heat of the Philippines at Ironman 70.3 Davao, but showed improvement with a 6th place at Ironman Texas. McMahon’s better form has shown more recently with podium places at Ironman 70.3 Victoria (2nd), Ironman 70.3 Mont Tremblant (3rd) and a perfect win at Ironman Canada.

An ‘A’ for effort, but understandably below par performance, at Ironman 70.3 Philippines a week later can not be used to judge form as a final race going into October. A hot half, a week after a full-distance race, was always a very tall order.

‘Undulating’ is frequently used to describe the course in Kona and could perhaps also describe McMahon’s season. If the Philippines provided some downward inertia, the heat camp in Maui and Kona race preparation will surely propel Brent up the slope that Ironman World Champs requires.

Whilst his pedigree shows there is room to improve in Kona, the last four years have proven McMahon’s aptitude for the Ironman distance, with a record breaking five races completed under the 8hr barrier. Those numbers in mind, it seems merely a matter of time before he secures a top five finish at the World Champs.

Brent still holds the record for the fastest debut Ironman of all time (Ironman Arizona 2014 – 7:55:14). That is some achievement, especially considering the recent migration to Iron-distance of ITU stars Jan Frodeno and Javier Gomez. If it is the heat and humidity of Kona that present a challenge to Canadian McMahon then his choice of acclimatisation camp, in Maui just a hop from Kona, shows his intent to get that right. Compromised by the wildlife last year, luck-willing this year we will get to see the true outcome of such specific preparation. In 2018 McMahon will be looking to better his Kona-best 9th position of 2015.