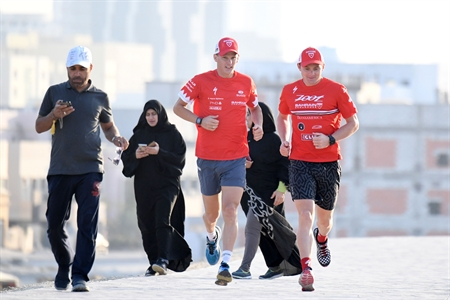 Gomez recorded a respectable sixth place last week and came down ill post-race. He says, “Never felt good but fought hard to finish the best I could. Felt weird in Edmonton and then I’ve been a bit sick after the race.” The Spaniard now hopes he’s shaken off the bug to do well in the first WTS race held in Montreal. This will be held across the standard distance, right in his wheelhouse.

McMahon will be racing the Ironman 70.3 Philippines in Cebu City only two weeks after winning Ironman Lake Placid, but the Canadian is a seasoned campaigner and is confident in how his body will back up. “Rest is the key to success backing up races so I’ve taken good care of the body and I’ll be coming round just in time for Cebu,” he says. “I love the event and organizers so it’s exciting to be coming back and off a big win.  I’ve won here before so I know what needs to be done. This will be a great step in the prep for Kona.”

Hoffman is racing close to home at Ironman 70.3 Boulder after returning from training camp in Kona. The 2014 runner-up is now putting the finishing touches on his long preparation for the Ironman World Championship.