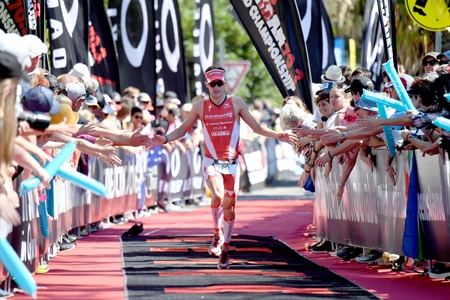 Brent McMahon is headed back to Tempe, Arizona to reclaim the crown at Ironman Arizona. The race was his breakthrough Ironman win two years ago when he recorded the world’s fastest Ironman debut at 7 hours 55 minutes 48 seconds.

The former Olympian from Canada has a penchant for going under the eight-hour mark over the full distance and has won three out of four Ironmans outside of Kona. The only blot on his win-loss and sub-eight hour finish record comes from last year’s Ironman Arizona when a flat tire derailed his title defense, but McMahon seeks to redeem himself this year.

“I feel strong, rested, and ready for this Ironman, and hopefully another sub-eight performance,” he says.

McMahon has just come off racing at the Island House Triathlon, placing seventh in a field that included some of the world’s fastest short-course and long-course triathletes. “The race in the Bahamas has been a great speed tune-up so I am looking to run fast this weekend in Arizona. This has been a great race for me in the past and a chance to use all of the great fitness from the build to Kona one more time. Kona was not a great day for me this year, but I am excited to have another shot at an Ironman to finish off the season.”

David Plese will be joining McMahon on the starting line. He says, “Last year Arizona was cold with rain. This year I wish it will be warmer, which would be in my favor since I’m coming straight from Bahrain. All training went good the last couple of weeks, so I’ve got nothing to worry about but to enjoy the race.” The Slovenian aims to capitalize on his form from his Kona campaign and get a head start on earning points for next year’s World Championship.