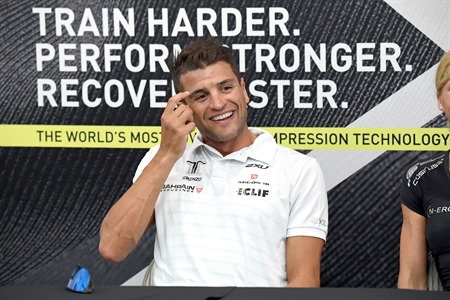 Weekend of pain in paradise

Terenzo Bozzone showed he could hang with the short course athletes at the Island House Triathlon, finishing in fourth place overall after three days of racing in the Bahamas.

The Kiwi who has been specializing in 70.3 and full Ironman racing placed 2nd in the individual time trials on the first day. He then held tough during the second day’s Enduro (swim-run-bike-swim-run) to stay third overall and go into the final round with the top 10. Teammate Brent McMahon from Canada was just behind him in fourth. Ben Hoffman from the USA unfortunately suffered a flat tire in the first day ITT, putting him out of contention.

After the final day’s sprint triathlon only six seconds stood between Bozzone and the last podium spot, while McMahon finished in seventh place overall. Both athletes take home their share of the $500,000 total prize pot.

Sam Appleton meanwhile finished in 6th position at Ironman 70.3 Austin. He clocked splits of 2:06:57 on the bike and 1:19:50 on the run after the swim was cancelled due to intense fog.